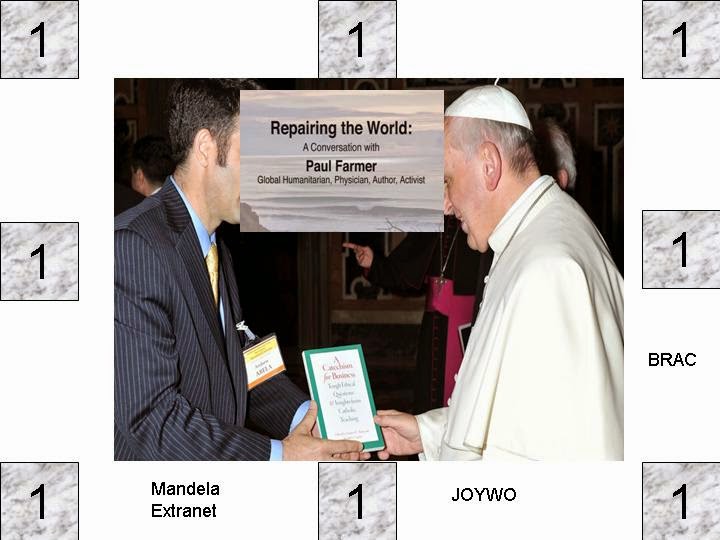 question 1 which joyful mindsets can we share with students of millennial sustainability and their teachers and rising exponential investors? _eg world ban millennials mindsets include 2030now POP GII ACT and SOMOPO: SOcial MOvement to end POverty

2030nowjimkim2transcripts.doc,
http://www.tedxwbg.com/ Sources for millennials Happy 2015 dialogues of pih on 1 Ebola 2 how to leverage technology to radically engage patients on health care; UN is 2015 year of all change to sustainability goals

Can faith ever unite youth and bankers of end poverty

Whats the next virtual event that engages you and why.  http://live.worldbank.org/power-of-faith-to-help-end-extreme-poverty This session interests me because the people of every faith that I admire most in the world bring their expertise to living with the poor, and the people I dont admire seem to do the exact opposite. Could it be that all people of goodwill and sustainability have more in common across their faiths than within  faiths. And where can youth engage leaders in such discussions safely?
eg this wedenesday

Can people of faith help build a movement to end extreme poverty? Can they seize this opportunity at a time of conflict in some regions -- some of it driven by groups claiming religious justification?

Carolyn Woo
President and CEO, Catholic Relief Services
Posted by chris macrae at 8:06 AM No comments:

equally while Korean philosophy seems to me to linin to the extraordinary work of jim kim at the world ban , his professional practice work in medicine with paul farmer is inspired by the catholic ideology of Preferential Option Poor- again this was given a third quarter 20th century renaissance by south americans particularly peru and colombia- it goes back to the Franciscan subnetwork of the catholic faith belief in working in and with community with the poorest

nothing in ,last 20 years that I have ever wanted to see youth celebrate has come out of US congress but I do wonder whether there is any way to engage interfaith congressmen by 24 september - if only they would listen To Pope Francis as not a catholic but a most extraordinary genuine communicator with the poorest

the extra revolutions in banking out of kenya seem to unite all tte best faiths impacting womens expowerment
Posted by chris macrae at 8:13 AM 3 comments: